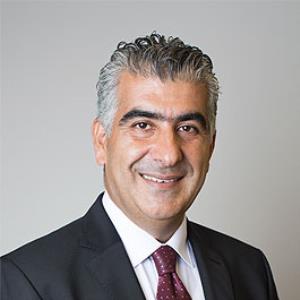 He had involved in many transport law issues on behalf of ship owners, road carriers, charterers, H&M insurers, P&I Clubs as well as the suppliers. He had an extensive experience on wet and dry shipping including maritime casualties and ship arrest matters, by the virtue of his close relationship with the transport industry. He arrests 20-30 vessels every year for securing the interest of various parties, in different ports of Turkey. He also involves in CMR matters representing different interests.

Additionally, he has representing major domestic and international insurance companies in their recourse actions against the responsible parties. He is an expert particularly on transport insurance, which involves road, air, rail and sea transports. This are requires a detailed technical knowledge to practice, which Mr. Inandioglu obtained from his almost 20 years industrial experience. Moreover, he advised the major insurance companies in adapting their insurance policies to new Turkish Commercial Code.

In addition to his practice in transport and insurance law, Mr. Inandioglu has been engaged in full range of Commercial Law on behalf of domestic and international companies, not only in Turkey but also worldwide. His Commercial Law experience includes both consultancy before the dispute arises and litigation afterwards.

Mr. Inandioglu is a graduate of Istanbul University and holds an LL.M. degree in International Trade and Maritime Law at the University of Southampton. He is a member of Istanbul Bar Association since 2000. He has elected as the Transport Law Commission Vice President of AIJA (International Young Lawyers Association) on 2011.

Mr. Inandioglu is constantly participating in International conferences and seminars, where he appears as speaker and moderator transport and international law issues.

Mr. Inandioglu was admitted to practice in 2000.